We’re here with another My Vintage Love video! This one covers our adventures at the Brimfield Antique Show. Brimfield is one of the biggest, if not the biggest, antique shows on the east coast and takes place three times each summer.  We went a few weeks ago in July, which we were told has the fewest vendors in attendance, but there was still plenty to see! We went on a Friday, but were told the best time to go is very early on a Tuesday to get all the really good stuff. We still found plenty of good stuff, but one of these days we’ll be like the pros and make it out there at 4am on a Tuesday!

You can find just about anything and everything at Brimfield, but we concentrated on our favorite things, clothing and accessories, which you can see in this video. It was also insanely hot that day (as we mention quite a few times) so you can also see me getting more and more bedraggled in this video, so enjoy that as well, lol.

There is one more Brimfield this year on September 6-11. If you’d like to find out more please take a look at their site here. Maybe we’ll see you there next year! 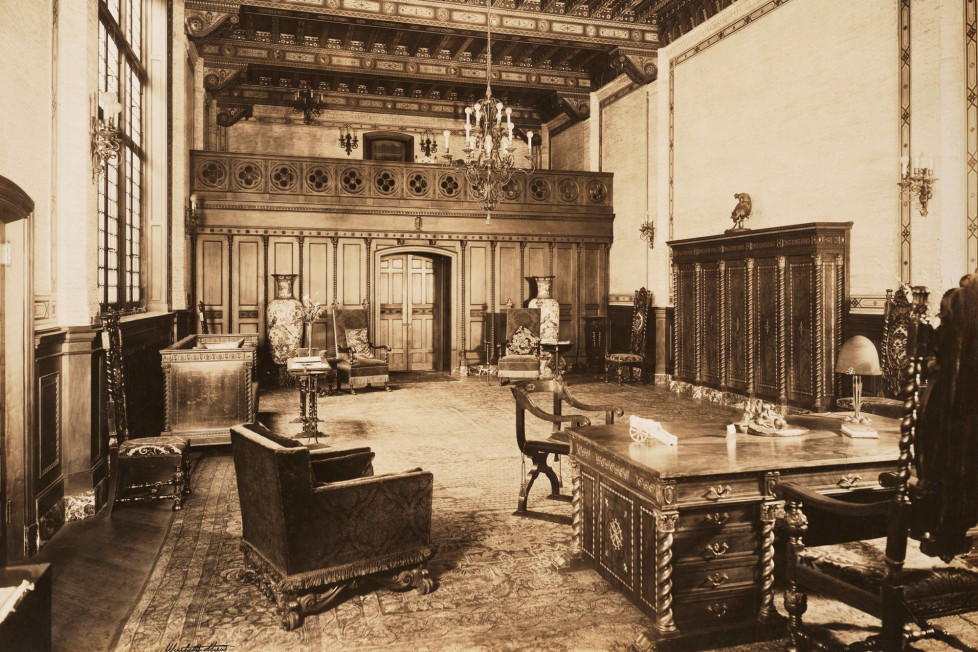 It seems like every day New York City is shutting down yet another beautiful landmark, and sadly, at the end of this month that will be happening again, this time to the Campbell Apartment.  Acquired in 1923 by John W. Campbell, he used it as an office and outfitted in in the most beautiful Italian style. The photo above shows how it looked in 1923. It fell into disrepair after Mr. Campbell died and at one point was even used as a holding cell by the police! In 1999 the space was leased by Mark Grossich who spent more than $2 million and 2 years renovating the space to its former glory. Since its renovation it has remained one of the most beautiful and classy bars in the city, and I’ve had the pleasure of attending parties there and enjoying their wonderful cocktails. I enjoy the fact that there is a dress code and the waiters and waitresses are well-dressed themselves. It was exactly the place to go if you wanted somewhere that you were guaranteed an elegant, dim, and cozy atmosphere with amazing cocktails.

This will all change on July 28, when the lease will be taken over by Scott Gerber (after an extended battle), who plans to make it “Something less Brooks Brothers, more limited edition sneakers and Gucci T-shirts.” To this I, and many of my friends say “Boo”. We do not want, or need another place for the $2,000 Gucci t-shirt, sneaker wearing crowd to go. There are plenty (PLENTY) of those places in New York City, and hardly any elegant places such at the Campbell Apartment left for us. Let it stay just as it is, and leave your disco balls, plastic furniture and thumping base out of this place. If patrons don’t want to dress up according to the dress code, than let them go to one of those many other places who will be glad to have them. There are people who want to dress up and go out to cocktails, and we are running out of places to go.

If you’d like to read more about the Campbell Apartment and the legal battle surrounding the lease, you can read more here.  The lease handover won’t happen until July 28, so you have until then to go and enjoy this wonderful landmark before it changes for the worst!